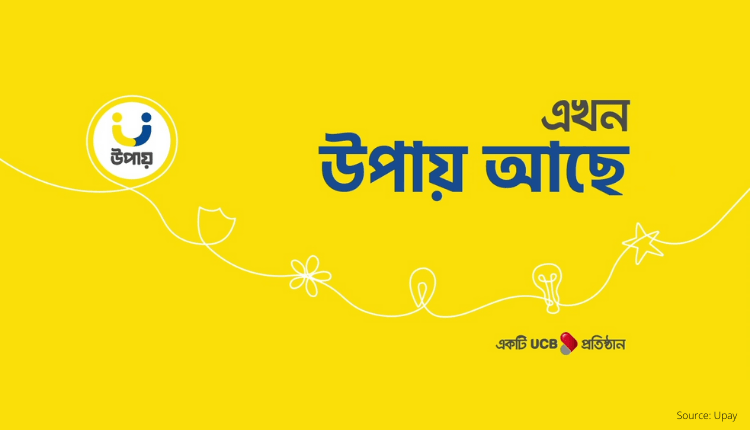 Short and simple. Vocalized by a loud, powerful male voice to a melodic tune. Over the past
a couple of months, this two-word jingle has been stuck in the heads of millions of television
viewers across the country.

Upay has recently launched a campaign that addresses the issues of button phone MFS users.
Those who do not have the app, can now dial *268# and enjoy a cash-out fee rate of only BDT
14 for every BDT 1000 worth of the transaction.

The brilliantly produced TVC “Upay ache!” has taken center stage in the campaign’s
promotional efforts. The concept, story, and jingle of the advertisement are highly effective for
generating top-of-the-mind awareness (TOMA). Also, the lyrics, vocals, and music of the jingle
are all extremely catchy and commands attention.

The result? High brand awareness of Upay is generated among customers, who also become
familiar with Upay’s unique offering.

The execution of the TVC does an excellent job of presenting the problem and solution. The
story wastes no time showcasing the problem at hand. Button phone users have to pay higher
cash-out charges as they do not have the app. After clearly stating the problem, the solution is
presented through the jingle in an easy to understand straightforward manner.
Finally, the casting and the setting accurately capture the lifestyle of the target audience. Thus,
the intended viewers of the TVC will find the advertisement relevant to themselves. And where
there’s target audience relevance, there’s a high likelihood of taking action.


All in all, Upay’s execution on this campaign was top-notch. Right now, Bkash, Nagad, and
Rocket dominates the MFS market with market shares of 48%, 28%, and 21% respectively. But
with the success of this campaign, it won’t take long for Upay to join the MFS market leader
club.

Subscribe to our newsletter
Sign up here to get the latest news, updates and special offers delivered directly to your inbox.
You can unsubscribe at any time
0 0 votes
Article Rating
MFSmobile bankingUCBupay
Share FacebookTwitterGoogle+ReddItWhatsAppPinterestEmailLinkedinTelegramViber