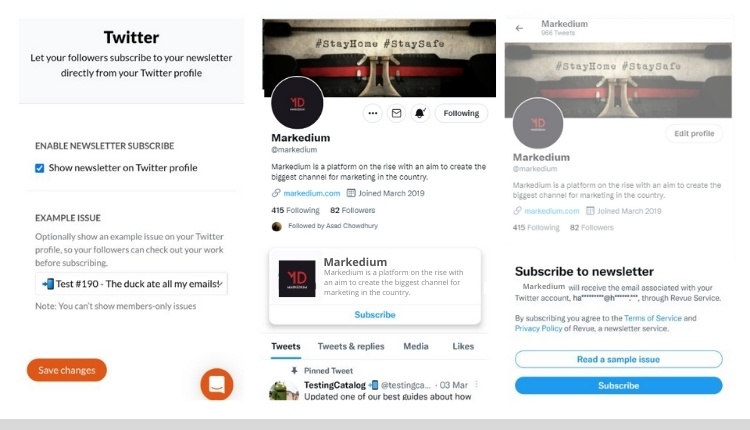 Twitter is testing a feature that will allow users to subscribe to a newsletter directly from Twitter profile. The users won’t have to follow a link that leads to separate websites. The button is now on a trial run being shown to test group of Android and web Twitter users.

The feature is enabled by Revue newsletter writers, which was recently acquired by Twitter. The subscription button will be shown when it is turned on in Revue’s settings.

Tap to focus on remittance products!