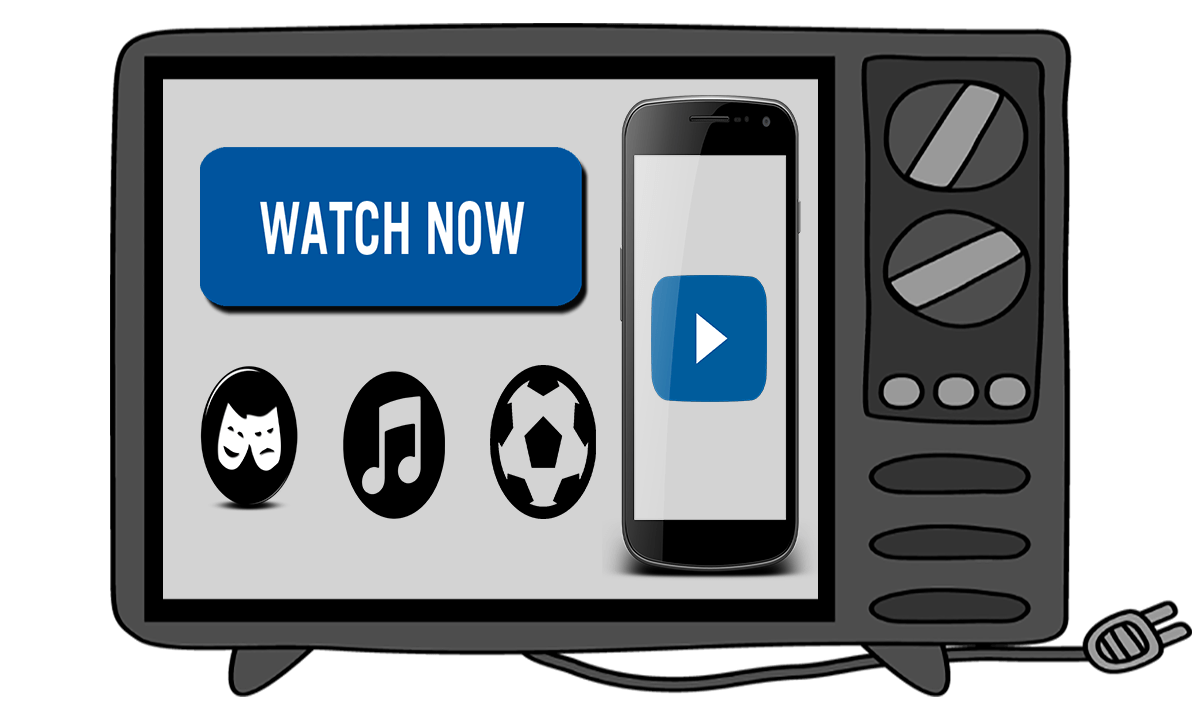 Years ago, the only option to watch your favorite show was to tune in whenever the broadcaster chose to air it, not you. If the broadcasting station decided a rerun, the likelihood that time was still inconvenient to you and you’d miss out on it unless you  re-schedule something else you needed to do at the time.

For kids, life was even harder, parents controlled the remote and they had to watch whatever their parents watched and the screening technology was the one and only, black box of magic, the television. Of course you needed honorable cable tv provider in your area to get you connected or else your only option was the state television which most people would pay to avoid watching.

Then in 2007, a magic happen which would usher in a new era where things are done differently and whenever you wanted them done. This magic made the world your oyster in coming years by putting everything you want in one place. The name of the paradigm shifting magic is known as smartphone. The desktop changed the way we worked but the smart phone literally changed the way we live specially in the entertainment arena.

The era of smartphone brought along the era of unlimited choices with it. It gave the consumers the freedom of going wireless and place the internet in the palm of their hands. As the entertainment industry as a whole was trying to cope up with this newly found independence, thisruptors like Youtube and Netflix appeared and made the job even harder. As millennials and the younger generations are more likely to watch internet television over traditional one, fundamental questions like “where to advertise?” “Who to advertise to?” “How long and how much?” takes the advertisers back to the drawing board where they have to decide how to penetrate this new space and how to exit the older one and on the crucial point of timing.

In the past, advertisement has been really a cakewalk compared to what it is today. Companies made adverts for all TV channels to air and copies for newspapers and voice adverts for radio. Sometimes a brochure here, a leaflet there. But now, they are bombarded with choices of platforms to advertise on and what to advertise. While advertising online does not cost as much as traditional advertising, the number of platforms to advertise are increasing and the form of adverts are changing as well.

In the context of Bangladesh, although the future of online streaming looks bright, it is still at its infancy and the viewership number (highest of 300K) is not large enough to attract a serious advertiser. But as internet connectivity grows stronger outside the metropolitan and 3G mobile internet seems to get cheaper on the onset of 4G, the online advertisement space will become huge with the increasing viewers and online streaming platforms like Bioscope, BongoBD etc will cash on that very soon.

Watching a show will never be a problem for anyone at any place at the very least. Bioscope delivered this exact message through their TVC as well. Have a look:

While it has been difficult for local content to make waves with the conorary viewers, movies like “Aynabaji” and “Dhaka Attack” have gained popularity among them and the momentum that good contents like these can ride out on is here and the future of locally made content looks bright as acceptance among conorary audience rises with each release of quality content.

It is time companies and advertisers alike take a hard look at this growing space seriously and come up with adverts that can fit in streaming networks advert spaces. With the ever shortening attention spans of the millennial viewers and the upcoming viewers, marketing has to get creative about their IMC across these platforms to be effective within this constraint.

Take Out – Taking out the Global map

Banglalink Next Tuber: Passion or Profession?