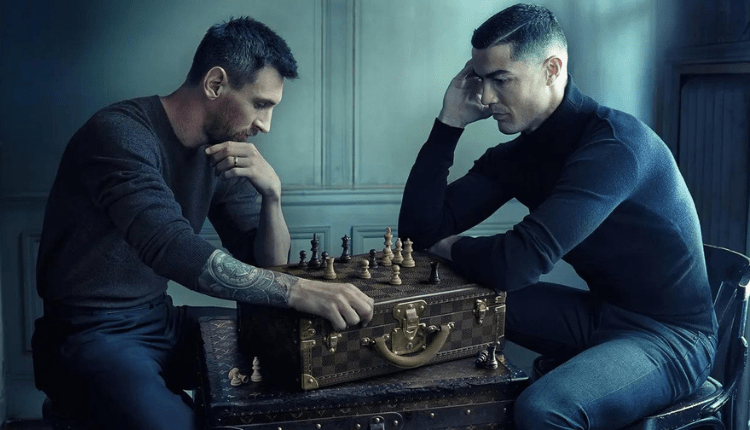 Messi and Ronaldo have collaborated With Louis Vuitton on one of the coolest photographs of 2022. The two legendary players were being shown playing chess together, both concentrating on what their next move should be.

Cristiano Ronaldo and Lionel Messi They have been playing soccer against one another for over 15 years, but now they have faced each other using the strength of their minds in new advertising that they both uploaded on their social networks and that has gone viral. Who will win the chess game would be a deep question, right?

Well, that’s not our Focus.  Likewise, Louis Vuitton, we are here to team up for the most anticipated event in the world.

Argentina and Portugal superstars posed together in a rare picture opportunity for Louis Vuitton, driving football fans crazy. The two were rarely in the same picture together because they each stayed around the opposite penalty box to each other, so the only true photo chances were during awards ceremonies. Which makes this photo even more special. While some termed it “iconic,” others praised it as the “photo of the century,” a specific set of supporters devised a wild World Cup hypothesis to explain the image.

The pair are globally regarded as two of the best players of all time, with many considering them to be the top two and finding it impossible to differentiate them. With the World Cup approaching, many feel it will be Messi and Ronaldo’s final chance to win the title, despite their ages of 35 and 37, respectively.

The “Louis Vuitton” briefcase in which Ronaldo and Messi are playing chess was part of the 2018 World Cup when the FIFA World Cup trophy was presented before the opening and final matches. 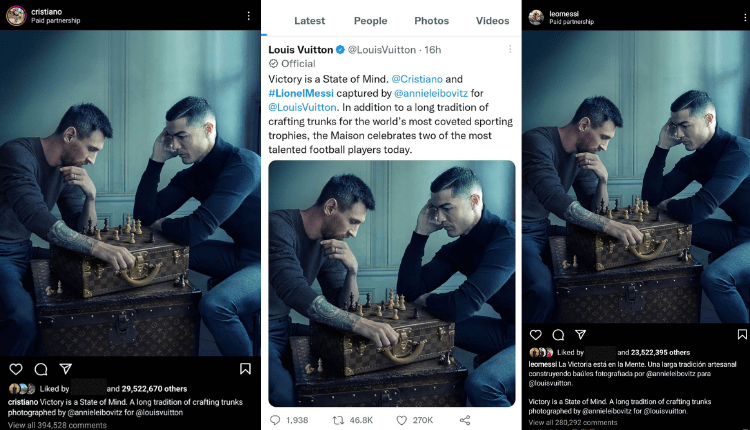 The Qatar World Cup will be Messi and Ronaldo’s last dance. The timing of the photo’s publication – on the day of the World Cup’s inauguration, which is anticipated to be the last chance for the youthful players to win the World Cup – gave an emotional depth to the shot.

Fans who were paying attention recognized the investment in the smallest aspects of the image. So, for example, the suitcase holding the chessboard used by Messi and Ronaldo in the image is a duplicate of the luggage that carried the World Cup before it was lifted by the French team during the 2018 World Cup.

The luggage in the photo truly represents the competition between Messi and Ronaldo not only for the World Cup, but also for consciousness and legacy, and for who will be recognized as the greatest player of all time.

Because Victory is a state of mind.

Pepsi Releases The Football Clip “Nutmeg Royale” In Bangladesh For The…