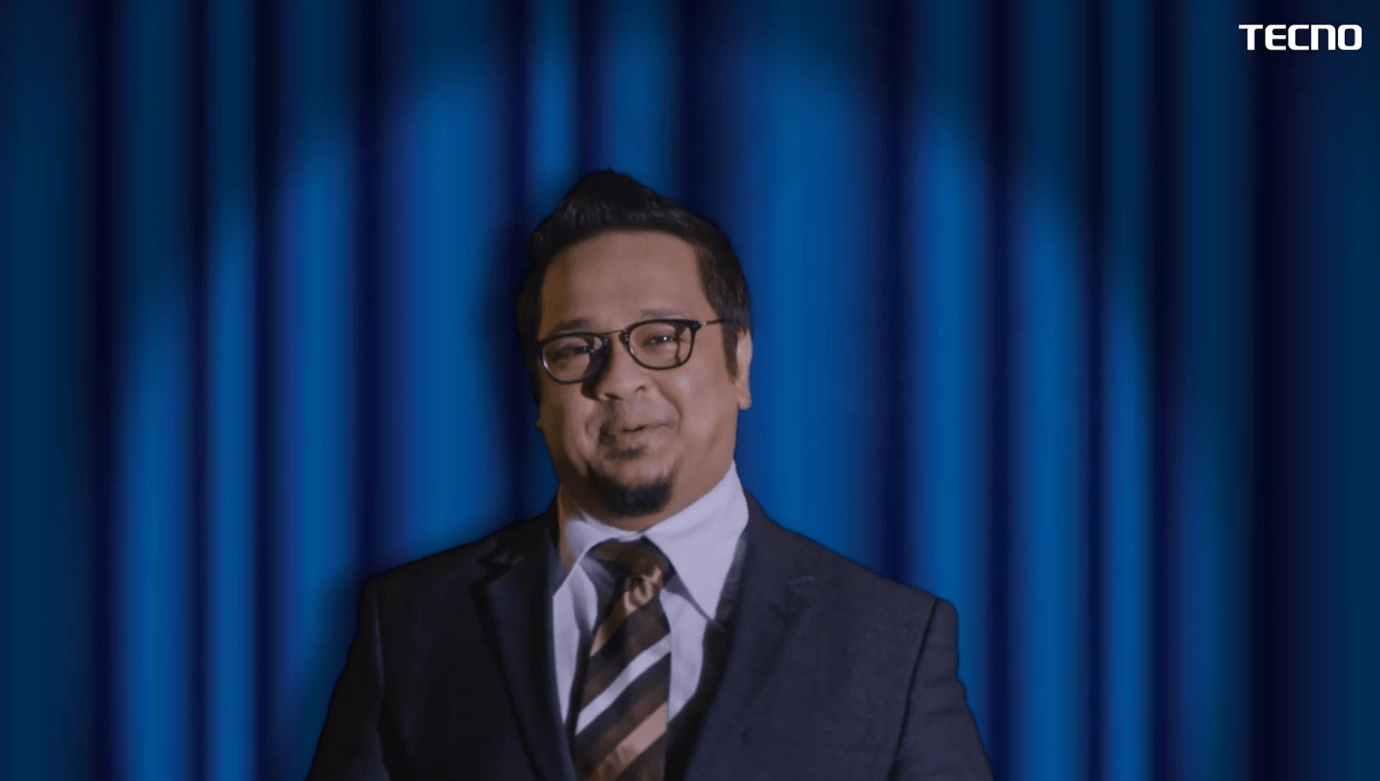 TECNO Mobile has launched a campaign in support of their 2021 model, Spark7 and it was a touch of surprise for all of us. The campaign spot features Ghulam Don Sumdany, one of the top motivational speakers of the country, and Pritom Hasan, singer and TECNO’s brand ambassador. Conceptualized by WebAble Digital, together, they have delivered a witty, out-of-the-box ad for TECNO.

The spot starts out like any other smartphone ad, with Don Sumdany speaking about the different ways in which a smartphone has become essential to him. He focuses on calls, texts, and work meetings, and so forth – something that will resonate with all viewers given the work from a home culture that has taken over as a result of the pandemic.

Read more: Chillox Returns with a Siren Song for the Bengali Soul

Within the first few seconds of the ad, it also tells us the ways in which a smartphone can be useful to a person. The portion will be effective in persuading skeptical people to purchase smartphones too – and what better way to get a taste of it than a budget-friendly brand like TECNO?

However, the scene quickly cuts to a set, where we find out that a commercial for the brand is being shot just like it happens actually on a real shooting set. Don’t believe us, why don’t you watch the campaign first? Here you go:

Here, Pritom Hasan takes on the role of the director of the commercial with Don Sumdany being the model. Two interesting things take place from this point onwards.

The TECNO logo is brought to attention twice as they debate how big it should be. As the ‘director’ asks his assistant to enlarge the logo twice, the viewer’s attention is brought to the top right corner of the screen where the logo is made bigger. Without showing the Spark7, the ad still puts the spotlight on the logo in a witty manner.

In a market that has become awfully saturated, TECNO has set the bar high for new entrants by creating an ad that is equal parts witty and informative. By dedicating clear segments to the ad to the brand logo and features of the model, TECNO has prevented itself from getting lost in the plethora of smartphone brands and communication attempts we face daily.

Explaining the idea behind the campaign in communication with Markedium, Anis Hannan Chowdhury, managing director, WebAble Digital, said-
“There’s a common practice for what an OVC should look like in the marketing industry. If we’re being honest, this traditional approach doesn’t work too well in the current, buzzing digital landscape. People are bored of the conventional ads, they want something different. To get the attention of our audience, we thought of ways to create humorous skits that don’t beat around the bush. Ads that get straight to the point. After rounds and rounds of brainstorming sessions, we looked inwards and thought of what we as consumers would like to see. And that’s what we created. This was our way to do something unique while driving sales for the #Spark7 Series.”

So, what was your thought behind the campaign? Let us know and for more updates, be with Markedium.

This is amazing. Good job.

0
Reply
Subscribe to our newsletter
Sign up here to get the latest news, updates and special offers delivered directly to your inbox.
You can unsubscribe at any time