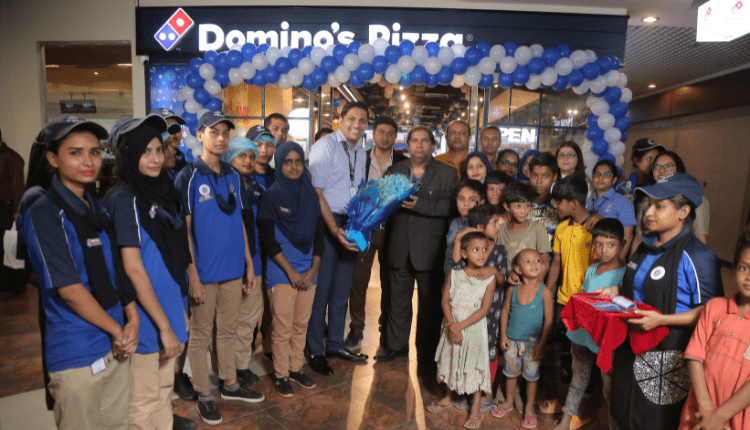 This year, on 8th March 2022, on International Women’s Day, Domino’s Pizza ran a store entirely operated by women for one day and promised to open an “All-Women” store soon.

The initiative was well-received by our consumers, who were head-over-heels to see the inclusive work environment at Domino’s. The response encouraged Domino’s Pizza to fulfill its promise quickly. That day, the idea of opening an entirely women-operated store became more concrete.

Female Employees have always been an integral part of Domino’s Pizza’s operation in Bangladesh. From making Pizzas to serving them, Domino’s Pizza ensures gender parity/neutrality in all aspects. This will continue to be how Domino’s Pizza operates in the future.

“We’re happy to have our vision turned into reality. Domino’s Pizza Bangladesh has always promoted greater diversity, inclusiveness, and equality – for all its employees. It’s an honor & pleasure for us that we are creating such impact in the industry to empower the female workforce.”

The fastest pizza delivery chain that delivers your favorite pizzas in just 30 minutes has never failed to satisfy its customers not only with Pizza but also with its continuous innovation and services.

Bangladesh is a land of food lovers. Domino’s Pizza’s new store at Jamuna Future Park will be the utmost choice for people who crave piping hot and fresh pizzas.

Domino’s Pizza has 11 other outlets: Dhanmondi, Panthapath, Uttara, Banani, Mohammadpur, Wari, Laxmibazar, Mirpur 12, Mirpur 2, Khilgaon and Eskaton, and has been attracting pizza lovers from across the city for dining in, delivery and take away services.

BizMaestros 2022 is back with the Thrill of Real Business!