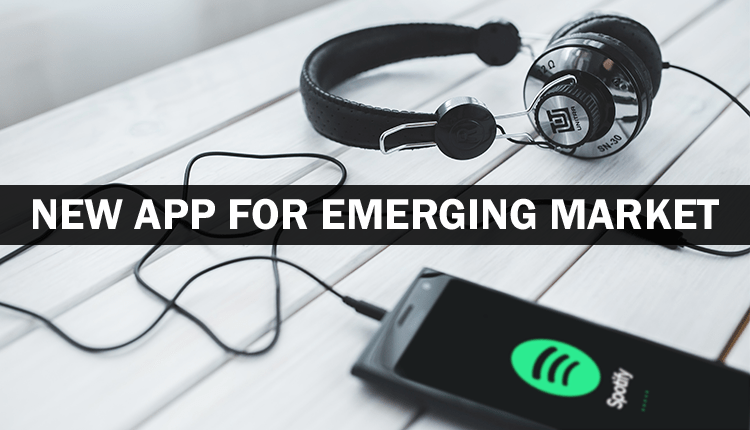 When we think about globally recognized music streaming apps, one name comes in each and everyone’s minds; Spotify. As per reports, Spotify’s newest attempt for its trimmed down music streaming app is set to launch in 36 countries.

Spotify Lite is the company’s next step in expanding to a more global audience, reaching out to markets heavily equipped with Android users. With only 10 megabytes, and a much faster installation speed than its traditional counterpart, Spotify Lite ensures a simpler experience.

Read More: Do You Know About The Latest 3 Features Of Google Maps For Bangladesh?- Find Out!

Cecilia Qvist, global head of markets at Spotify stated that Lite is focusing more on Indian and Middle Easters markets. The key reason behind this is the widespread acceptance than Spotify received in the Indian market. 2 million users signed up for the Swedish music streaming service after its release in February 2019.

The app has been in beta since early last year, and launched across all the 36 markets within June. What stands out about the latest execution by Spotify is its flexibility. The new Spotify Lite can function across relatively weaker internet connection, old mobile devices, and devices which have storage limits. Although Lite is one third of the traditional Spotify, it consists 90% of the main app’s functions.

Read More: Do You Know About The Latest 3 Features Of Google Maps For Bangladesh?- Find Out!

A spokesperson recently mentioned that the company has no intention of bring the Lite experience to the iOS users. The reason being pretty obvious; most the people who is going to benefit from Lite are Android users.

Lite apps have already been brought under the spotlight with the likes of Facebook, YouTube etc. Spotify believes that this will play an important factor in the app’s worldwide acceptance in the new markets.

The company has reportedly invested a lot in understanding customer mindset, local sentiment, and genre of music demand in specific markets.

With Spotify existing in 79 countries and having a global consumer base of over 217 million, Spotify Lite is set to take over the music streaming industry by storm.

Facebook’s $5 Billion Fine: A Tap on the Wrist?