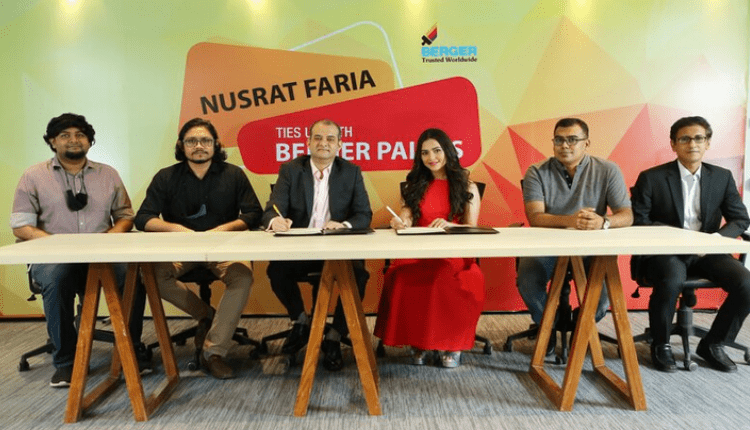 In a closed-door signing, Nusrat Faria teamed up with one of the country’s leading paint solution manufacturers, signing a two-year contract to become Berger Paint Bangladesh Limited’s (BPBL) Brand Ambassador for the next 2 years.

The signing took place to set an agreement with the actress to star in various campaigns, engagement sessions, and promotional activities that the company has in store for upcoming campaigns.

A key element to the event remained the high hopes attached to it, as claims from both Nusrat Faria and the AKM Sadeque Nawaj suggest many colorful surprises lie ahead. It seems that the brand has some distinct plans coming up ahead in an effort to develop much more lucrative and entertaining content for the fans of the brand.

In a speech during the event, the General Manager of marketing mentions that the team is delighted to have a versatile actress like Nusrat Faria onboard. They hope her addition to the team would help live up to Berger’s values by bringing in happy occasions and adding value to customers’ lives.

Apple Reportedly Threatened To Remove Twitter From The App…