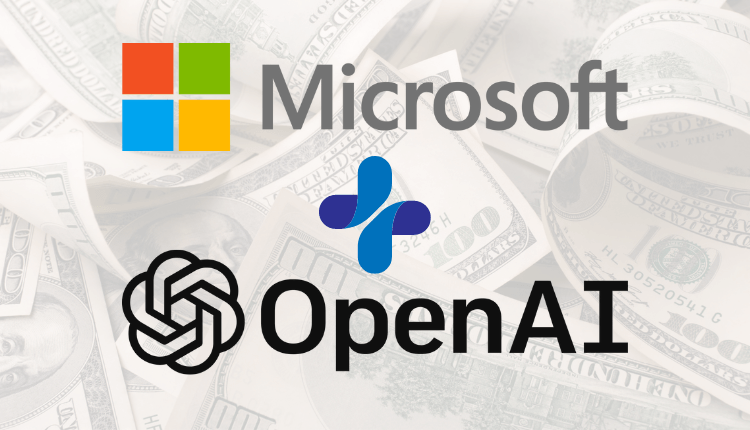 Microsoft Corp. is investing $10 billion in OpenAI, whose artificial intelligence tool ChatGPT has lit up the internet since its November debut, accumulating over a million users in days and igniting a new discussion about the role of AI in the workplace.

The latest funding, which builds on the $1 billion Microsoft invested in OpenAI in 2019 and another round in 2021, is meant to provide Microsoft with access to some of the most popular and powerful artificial intelligence systems. Microsoft is competing with Alphabet Inc., Amazon.com Inc., and Meta Platforms Inc. for dominance in the rapidly growing technology that creates text, photos, and other content in response to a short input.

Simultaneously, OpenAI requires Microsoft’s funding and cloud computing power to crunch massive amounts of data and run the increasingly complex models that allow programs like DALL-E to generate realistic images based on a handful of words and ChatGPT to start creating amazingly human-like conversational text.

Although Microsoft did not provide specifics on the new investment, reportedly it is worth $10 billion over several years. In New York, the stock rose 1% to $242.58.

OpenAI reportedly stated that it trains all of its models under Microsoft’s cloud-based service Azure and that Microsoft’s funding will allow it to boost its independent research. According to the company, Azure will continue to be the exclusive cloud provider for OpenAI.

The deal is complex since OpenAI investors are limited in their return on investment due to the company’s profit cap. Reportedly, Microsoft will get nearly half of OpenAI’s financial returns until its investment is returned up to a certain limit. All revenues that exceed what is promised to investors and staff are returned to OpenAI, which is controlled by the non-profit OpenAI organization.

Microsoft reportedly stated earlier this month that it will be adding ChatGPT to Azure and expanding the availability of its Azure OpenAI Service, which has been available to a restricted set of clients since its debut in 2021. The service provides Microsoft cloud clients with access to a variety of OpenAI technologies, including the GPT-3.5 language system on which ChatGPT is built and the DALL-E model for producing pictures from text prompts. As a result, Azure clients may employ OpenAI products in their own cloud-based applications.

Microsoft is now employing the developer’s language AI to add automation to its Copilot programming tool, and it hopes to include such technology into its Bing search engine, Office productivity programs, Teams chat program, and security software in the future. The Redmond, Washington-based firm is incorporating DALL-E into design tools and making it available to Azure cloud users.

The Alphabet unit’s dominant model of keyword queries uses search engines to search the web for particular phrases before allowing users to make their own conclusions about what information is relevant.

ChatGPT, on the other hand, provides extensive explanations to inquiries on topics such as political science and computer programming, and its question-and-answer structure allows users to drill down until they completely comprehend. Unlike the basic list of blue links provided by a Google search, the bot can react to queries in a natural and human-like manner, carrying on a conversation and answering follow-up questions.

Read more: ChatGPT By OpenAI Will Be Available As An API On Microsoft Azure

However, ChatGPT has drawbacks when compared to the traditional list of connections. Unlike Google or Bing search, ChatGPT currently provides no context for where the information used to create its replies came from, and OpenAI admits that the tool’s results can be wrong and should not be relied on as reliable.

Reportedly, Microsoft’s latest investment in OpenAI, at $10 billion, easily surpasses any of its previous investments, including the $5 billion it spent in 1999 to buy AT&T Inc. stock in exchange for access to new cable networks and the $1 billion stake it took in Comcast Corp. in 1997.

The monetary value would also exceed all but three of Microsoft’s recent purchases. Microsoft is seeking antitrust permission for a $69 billion acquisition of video game company Activision Blizzard Inc., and it paid $26 billion in 2016 to acquire the professional networking site LinkedIn. Microsoft finalized its $20 billion acquisition of Nuance Communications Inc., an AI business focusing on speech recognition and associated software and services in the healthcare area, last year.

Read more: bKash Is Named ‘Employer Of Choice’ For The 3rd Year In A Row

The announcement comes less than a week after Microsoft announced 10,000 job cuts as the economy slows and software demand falls. Microsoft stated in that announcement that it will continue to spend and employ in critical priority areas.