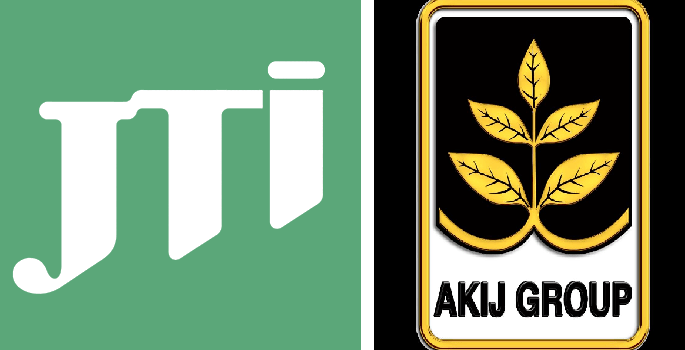 US$1.5 billion. In one of the biggest cross-border deals involving a Bangladeshi company, Japan Tobacco (JT) recently announced their arrival in the eight largest cigarette market in the world. The acquisition of Akij’s tobacco business is one of many across emerging tobacco markets. JT has spent almost $5 billion across many emerging markets with purchases in Indonesia, Russia, and the Philippines.

But why did JT pay eight times revenue for the second-largest cigarette company in Bangladesh?

JT’s spending spree is part of a strategic move to balance the declining sales in developed markets where consumers are quitting smoking due to health concerns. Add up the populations of Bangladesh, Indonesia, and the Philippines and JT now can cater to 500 million new potential consumers. Evolving markets with a sizeable middle-income have been the target for JT and this flurry of medium-sized deals will not only strengthen their global presence but also help push their own brands into these markets.

Bangladesh is the 8th largest tobacco market in the world, growing 2% annually.

Akij could not have asked for a better offer from JT. JT paid over eight times the annual revenue of $186 million generated by Akij in 2017 with operating profits of $55 million. The acquisition is a sweet deal for Akij who own 20% of the market share. For JT, it is a game of Test cricket. The Japanese multinational is in it for the long haul and Akij’s state-of-the-art facilities and distribution network spread across Bangladesh are key determinants behind this deal.

The acquisition makes strategical sense for Akij. The expanding adult population is shifting from locally called “Bidis” to cigarette smoking with consumption of manufactured cigarettes set to rise by 48% by 2025. While Akij operates mostly in the low-end segment of the market, deriving sales from brands like Five Star, Navy, and Castle, changing consumer preference means it needs to develop its premium segment. Japan Tobacco’s global expertise and established brands, therefore, complement Akij’s existing infrastructure and local know-how.

The future is exciting!

The tobacco industry will benefit from the Akij deal without a doubt. Consumers will have more options to choose from, more money will be poured into developing premium brands and new-generation alternatives boosting the livelihood of thousands of people who are dependent on this industry and retailers and distributors will also be benefited through the deal.

JT hopes to add 17 billion units to its sales volume with the Akij acquisition. Akij now has the strategic muscle to compete with sector leaders like BATB. On the other hand, BATB now will have to look behind its shoulder to have a check for the new entry.

But then again, there is a catch which states the government declaring that it wishes to make Bangladesh a tobacco-free country by 2040, it will be interesting to see how the tobacco industry shapes up in the next few years.

But for the time being, we can assume that Akij and JT can revel in a deal that may well prove to be a masterstroke.

The Next Big Threat for Netflix | Eros Now!