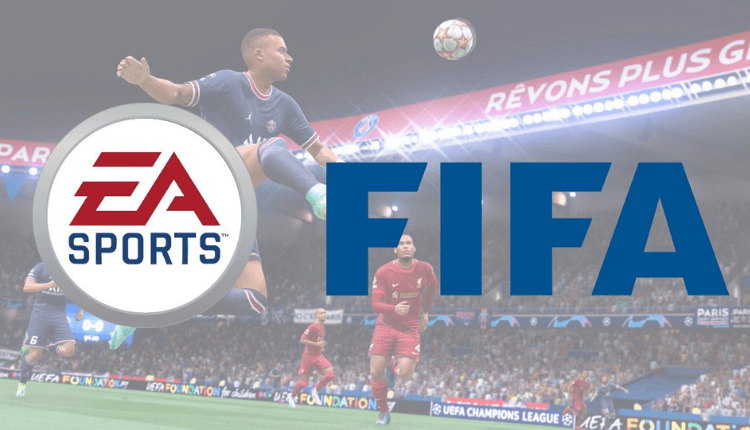 By Markedium Desk
Share
Popular game publisher Electronic Arts announced they are parting ways with FIFA, football’s international governing body in a blog post on Tuesday.
One of the best-selling video game franchises of all time, FIFA has generated more than $20 billion in sales over the past two decades. After almost a three-decade-long partnership with FIFA, EA will officially change the name of the franchise from FIFA to EA Sports FC after this year’s FIFA 23 release.
Announced in a blog post, EA said the name change would take place after the next installment of FIFA, with more information coming in July 2023 about EA Sports FC. The current deal, which was set to end after this year’s World Cup in Qatar, has been adjusted to run through to the Women’s World Cup next summer.

Read more: Metaverse And The Magic In The Future Of Work

General Manager of EA Sports, Cam Weber said, “This new independent platform will bring fresh opportunity – to innovate, create and evolve.”
“Everything you love about our games will be part of EA SPORTS FC—the same great experiences, modes, leagues, tournaments, clubs, and athletes will be there,” EA wrote in its announcement. Game modes like Ultimate Team, Career, Pro Clubs, and VOLTA will all remain in the game.
EA said that they will continue to offer real-world experiences, having signed up 19,000 athletes, 700 teams, 100 stadiums, and over 30 leagues for future games which include Premier League, La Liga, Bundesliga, and UEFA. The players and teams will still remain in the next installments of the game because of separate licensing deals.
According to reports last October, negotiations between EA and FIFA for the name license didn’t go according to plan. Electronic Arts wanted to expand the license into areas like NFTs, while FIFA wanted to retain more control so they could partner with other companies.
Previous reports suggested that FIFA wanted $1 Billion every four years from Electronic Arts to use the name. EA wasn’t interested in paying such a large price tag every four years but instead requested to extend the current exclusivity deal.
EA CEO Andrew Wilson has reportedly said that the only value the FIFA name offers EA outside of a World Cup year is the “four letters on the front of the box.”
He added, “I would argue – and this may be a little biased – that the FIFA brand has more meaning as a video game than it does a governing body of soccer.”
EA had the idea of renaming the series and went on to trademark the EA Sports FC name, but this is the first time it’s been officially confirmed.
In response to Electronic Arts, FIFA made a statement on its website, saying that it will launch new football video games developed with a range of third-party studios and publishers, providing more choice for football and gaming fans in the lead-up to the World Cup in Qatar and beyond.
Gianni Infantino, the President of FIFA said in the statement, “I can assure you that the only authentic, real game that has the FIFA name will be the best one available for gamers and football fans.”
FIFA is the international governing body for association football and has been in major controversial stories for many years, including major corruption scandals.
EA is one of the game companies that faced backlashes over its approach to in-game purchases and loot boxes. There will be questions about their new franchise surrounding the financial model and plans for monetization, which are yet to be revealed in the future.
First released in 1993 for SEGA Genesis, the FIFA series is one of the most successful gaming franchises on Earth. Players and fans all around will be fascinated to see what the new rebranded game will bring to the table.