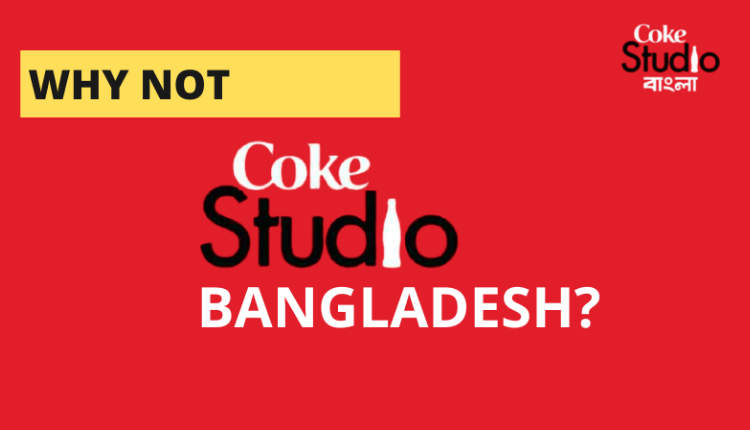 The most awaited, Coke Studio Bangla- the Bangladesh edition of Coca-Cola’s international music property – Coke Studio, was launched at the Radisson Blu Dhaka on 7 February, 2022.  Along with the several renowned artists from the country, Zunaid Ahmed Palak, state minister for ICT Division and KM Khalid, state minister, Ministry of Cultural Affairs were present at the event as special guests.

Apart from all the excitements regarding the launching of Coke Studio in Bangladesh, there has been a question revolving around the enthusiasts-

Well, the thought itself isn’t a reckless one since there are several precedents such us Coke Studio India/Pakistan/Brasil etc. So, why Coca Cola decided to go with Bangla than Bangladesh? Syed Gousul Alam Shaon, Managing Partner & Country Head at Grey Group Bangladesh shed the light on the matter during the launch while answering to reporters. Let’s have a deep dive:

Be different and Connecting To the Root

Throughout the whole reply to the reporters, Mr. Shaon put focus on the urge to be different than other country’s editions and along with that how to revive the root of Bengali Music. Those two thoughts came together and resulted in the Coke Studio Bangla.

One interesting fact also came up from the Q/A was that the font used in writing Bangla in the title is the same font used in all those 1971 War Posters by Nitun Kundu- a  which symbolizes the true identity of us being Bangladeshi from the inception of Bangladesh.

In another perspective, one of the major selling points of Coke Studio is its fusions which enable the youths of today to connect with the platform. Before launching the national version of Coke Studio here in Bangladesh, we all were mostly introduced to the ones took place in India and Pakistan. So, when it is in Bangladesh, it is an imperative to let the youth connect to the roots of us, Bangladeshis and its music. Hence,  the “Bangla” in the name of the show would likely to pay an important role in establish the connection with all the fusions coming up.

Needless to say, the show will promote Bangla as language and a pride for Bangladesh and all together poses a point of difference comparing to other editions around the globe. Indeed a brilliant tribute to the language martyrs of the country in the month of February.

What a brilliant way to bring all the Bengali language users around the world under one platform!

This also plays in line with Coca Cola Bangladesh’s long term goal of assisting the youth to connect to the root of Bengali language. Remember the 21st February content from Coke in 2019? Let’s have a look:

If you also look closely to the mentioned content, you will see all coke did is to take the old traditional Bengali language and connected them with the current modern mode of Bengali language., The making tone (the background sound and the rap) and the cast selection also complemented the thought behind the campaign.

So, in the month of language martyr day, Coca cola with the inclusion of “Bangla” in the title for coke studio also captured the essence of February as well.

Needless to say, during the whole season of Coke Studio Bangla will also portray the essence of the goal to connect its audience with the roots of Bengali music and we have already got the hint from the title track (the fusion of Rabindra Sangeet ‘Ekla Cholo’ and a popular song titled ‘Hashimukh’ by Bangladeshi rock band Shironamhin) of the show.

So, in the end if we have to answer in one line about why Coke Studio Bangla instead of Bangladesh, we would say the following:

Here in Bangladesh for Coke studio, it was not only about Bangladesh, it was about representing the whole Bangla which is one of the core identities of Bangladesh.

We can hope nothing but the best for the show and we believe the Coke studio platform will bring the best out of our music industry and for more update, be with Markedium.

Subscribe to our newsletter
Sign up here to get the latest news, updates and special offers delivered directly to your inbox.
You can unsubscribe at any time
0 0 votes
Article Rating
Share FacebookTwitterGoogle+ReddItWhatsAppPinterestEmailLinkedinTelegramViber