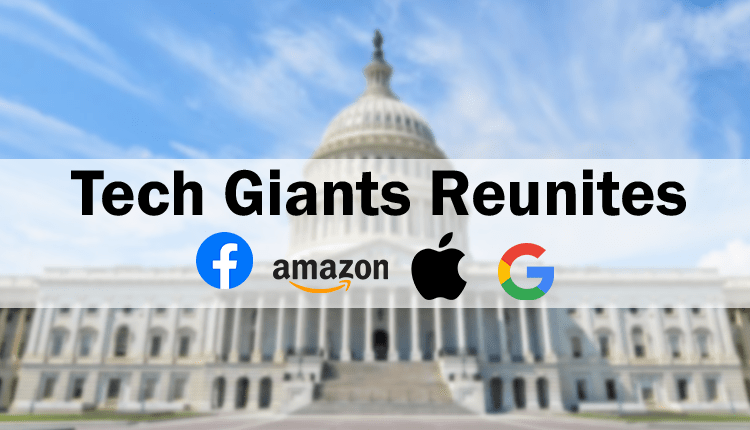 Tech Giants Are All Set For Washington Showdown2 min read

Tech giants brace for Washington as they are heading for their antitrust showdown with Congress.  Lawmakers and the regulators want to know whether companies like Alphabet Inc.’s Google and Facebook Inc. are using their dominance to suppress innovation.

Executives from tech giants like  Facebook, Google, Apple Inc., and Amazon.com Inc. are ready to appear before the House antitrust panel. The Democratic chairman of the panel is investigating how the market power of the tech companies are having an impact on competition.

It reminds us of the appearance of [simple_tooltip content=’William Henry Gates III is an American business magnate, investor, author, philanthropist, and humanitarian. He is best known as the principal founder of Microsoft Corporation’]Bill Gates(Microsoft Corp. co-founder)[/simple_tooltip] before the Senate. The incident took place in 1998 when Microsoft was under scrutiny when it was dominating the market of computer operating system. Later, the Justice Department filed a lawsuit against Microsoft which restrained in its practices, and it was detrimental for the company.

“This is really a deep dive by the committee to understand what’s going on in the tech sector, what needs to be done in terms of antitrust enforcement but also to understand better whether there is a need for change in the law,”

said Gene Kimmelman, who used to work in the antitrust division of the Justice Department.

Although the executives don’t have the star power of Bill Gates, this is the first time the largest technology companies are going to face questions from lawmakers.

Basically, the hearing is going to focus on entrepreneurship and innovation. The complain critics have against these big tech companies is that these companies may use their influence to get rid of the smaller rivals.

Sarah Miller is the deputy director of Open Markets Institute. It advocates for aggressive antitrust enforcement. According to her, these tech platforms are causing harm to new and talented entrepreneurs.

“These companies were the darlings of most Democrats and now the dynamic has changed profoundly,” she said. “There is really a period of learning going on in Congress, with staffers, with the broader public, around the varying ways that all of these tech companies, these tech monopolies, are destructive.”

Amazon took BIN for its web services (AWS), the e-commerce…