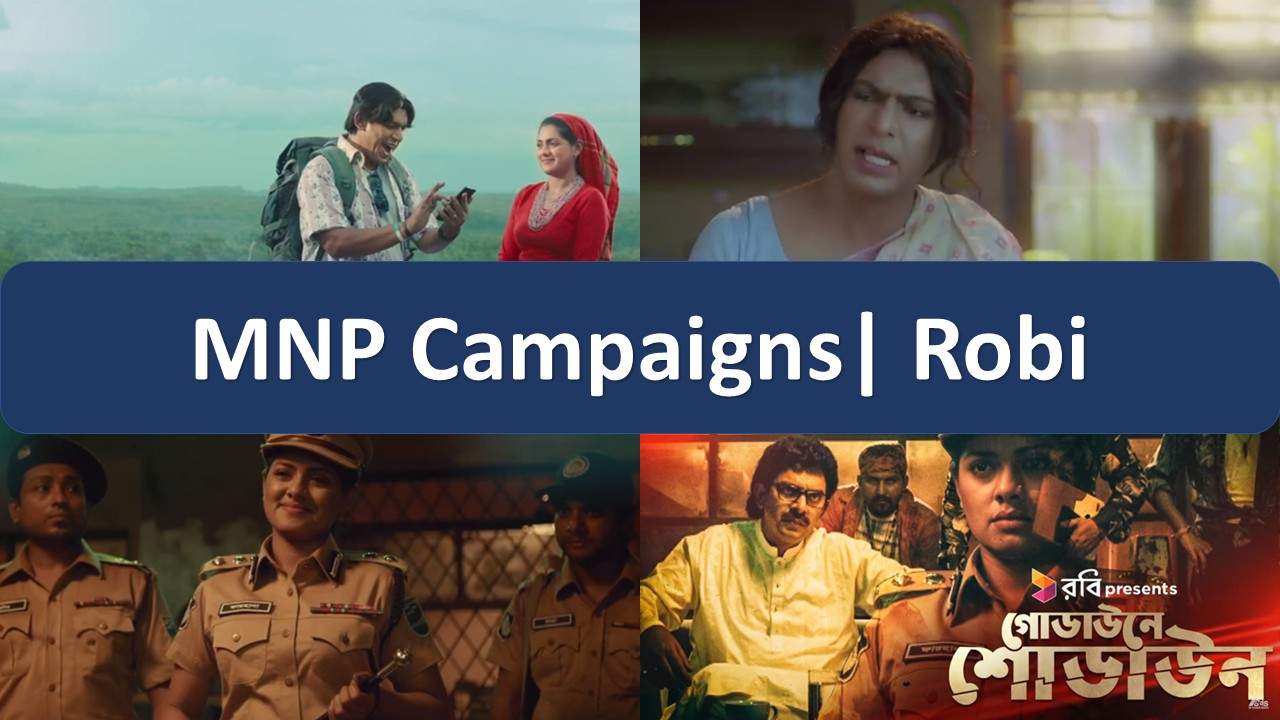 On October 1st, 2018, Bangladesh became the 72nd country to provide the MNP or mobile number portability service to its telecom consumers. So, all of us were expecting some shift in the telecom industry starting from the operators to the strategic approach in the industry.

[MNP to redesign the strategic approach of the telecom industry]

Almost a month has passed since the BTRC allowed the consumers to avail the MNP service.  Till October 18th, total number of consumers who applied for a change was more than 47 thousand. [Source: Prothom Alo]

So, who is winning the race so far? The answer is Robi!

According to the data collected till October 18th, more than 60% of the consumers who have successfully changed their operators have joined Robi and approximately 14% of the same population have left Robi.

To know more about the numbers,click here!

So, Robi is already making a statement. Now let’s have a look at the campaigns Robi made so far to promote the MNP service.

Here, Robi tried to state one of the major points to attract the consumers. Hidden charge is something that bothers the consumer to the extreme and they have made it clear that they don’t have any. Another aspect to notice here is- The story. Robi portrayed the situation of the less privileged segment of consumers (Ex. Housemaid) regarding the issue. Let’s have a look.

The next campaign showcased the strength of network coverage Robi is promising to deliver currently. To sum up- “Wherever you go, you will get the coverage.” The selection of the place and the story of the TVC makes the perfect fit.

When was the last time you lost your network coverage while parking your car in the garage and missed a call? It’s not hard to remember, right! Robi tried to acknowledge this situation with one of their MNP campaigns.

Next two talks about network coverage everywhere which makes perfect sense. Targeting one of the strongest points of the market leader to capture audience attention was indeed a smart move.

Last but not the least, all three of them carry a subtle touch of humor and make people laugh. And when something makes you laugh, you remember them!

So, this was our take on the MNP campaigns by Robi. What do you think? Are the campaigns responsible for the out-breaking consumer response that Robi is receiving currently?

The MNP Battle | Who Is Leading The Race?

Goodluck’s New Campaign Encourages All to Stand Against Sexual Harassment