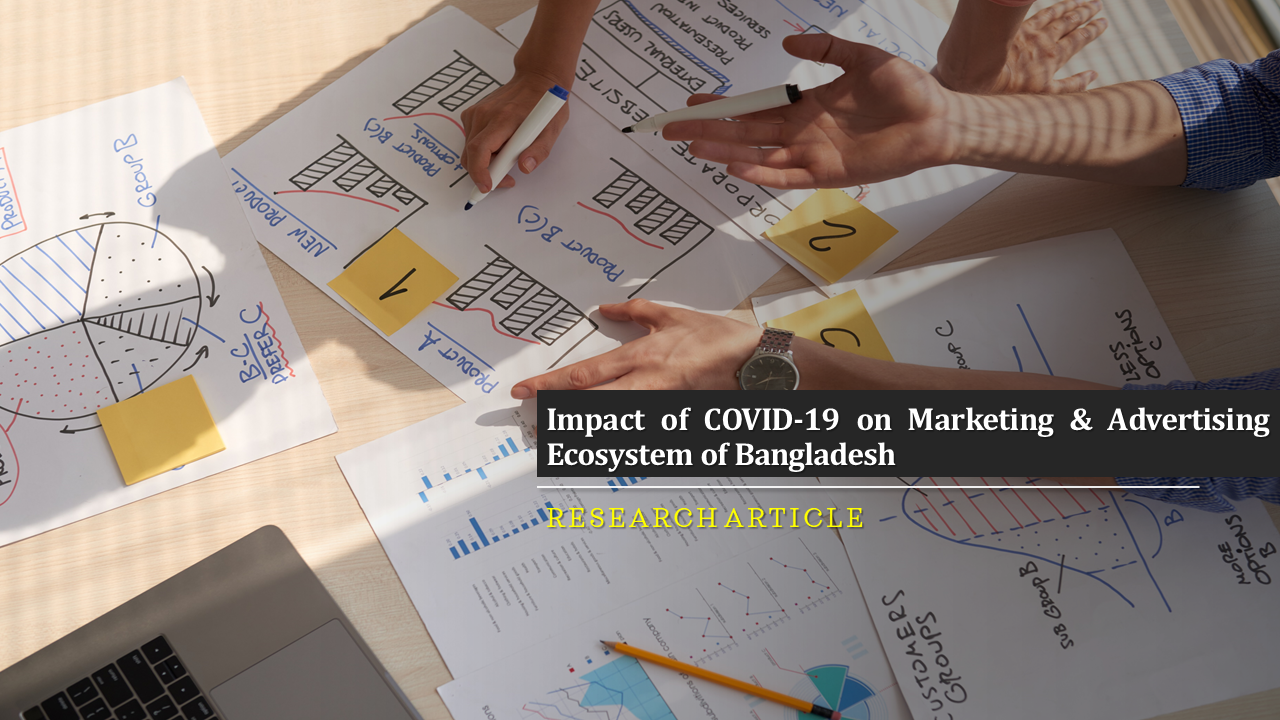 By Walid B Karim Last updated May 18, 2020
Share
Publishing Disclaimer: This is a third-party research demonstration. Markedium holds no accountability regarding this piece of research. The research paper was first published in the Author’s personal Linked In profile.
Research Disclaimer: This report is based on the data collected from an actual survey conducted titled “How the Pandemic is affecting the Advertising Ecosystem”. Due to confidentiality reasons, some of the data has been modified. All the opinions provided as quotes are the opinion of the respondents based on assumptions.

The COVID-19 pandemic has changed the market dynamics, and businesses around the world are taking steps to deal with this change in their way. Marketing and advertising sectors have also seen a shift in various work domains.

To gauge the level of change in people’s mindset and how companies are crafting their marketing modes and channels, an independently conducted survey having 100 respondents from Advertising Agency (32.7%) and Brand / Marketing Departments (67.3%) has been done. The survey included respondents from different industries like FMCGs, Telecommunications, IT, E-commerce, and Fashion. The respondents varied from Head of Corporate Brands, Sr. Brand Managers, and Senior Executives from various top-ranked local and multinational companies. 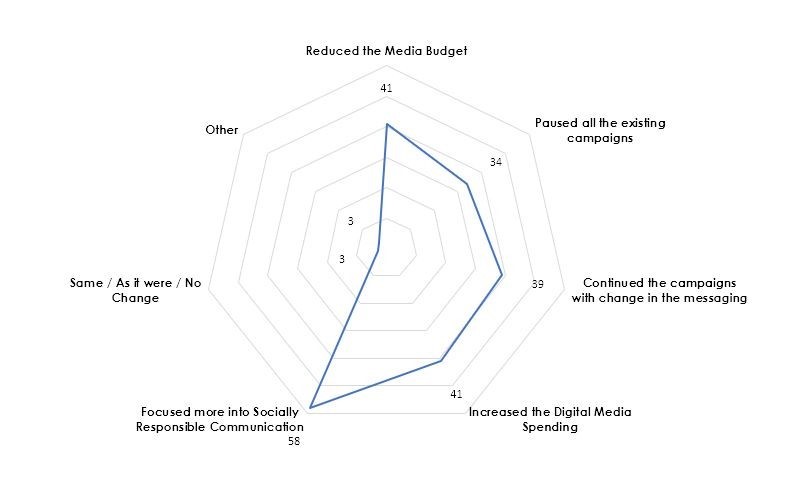 In this category, we have surveyed how key communication and deliverance has changed its orientation due to the pandemic.

While 41 have responded that they have reduced the overall media budget.

87.1% of respondents have said that they have produced some kind of corona-related awareness content or campaign for the audience.

Platforms for Communication to Generate Awareness

The survey also highlights the various changes in different communication channels that are being used.

The respondents were also asked about the revision in the budget. 77.2% of the respondents have said that they are considering the revised media budget for this year, 2020.

On asking for the areas that have seen a reduction in the budget, the results revealed that:

On the other hand, the increase in budget has been seen in the following sectors:

In this section, the argument under scope was to ask which industries or sectors will rise after the pandemic is over. 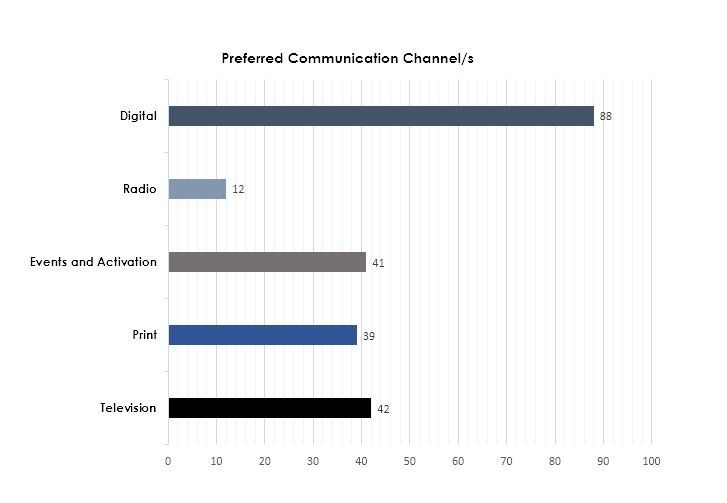 On asking about which platforms would be preferred after the pandemic is over, the respondents have strongly commented to use Digital Media as the preferred method with the support of 88 respondents.

The Television, Print, and Events and Activation have been selected by 42, 39, and 41 respondents respectively.

When asked about the changes in the media spending pattern conditions after the pandemic is over.

This manifests that the usage of Digital Communication is going to drastically increase in and after the pandemic. Commenting on this, an expert said,

“Brands will go for cost-effective media spending such as Digital Communication after pandemic”, said by one of the respondents.

“this pandemic has made the people of all generation rely on digital platforms.”

Regarding consumer behavior, one said,

“Not only media spending but all kinds of consumer behavior will also change after the pandemic. People will be very sensitive about the messages being delivered by the brands.”

The respondent noted that

“Offline activity will see a reduction while an increase in the digital activity and E-commerce will be seen”.

On a whole, the dynamics will be changed and it is not wrong to say that the evolution of digital marketing and advertising particularly in Bangladesh, which has been predicted for the next two to five years before the pandemic, will happen at much earlier time. The advertising agencies and companies should make themselves aware of this drastic increase in the usage of Digital Media and be ready for the future which is just around the corner.

Subscribe to our newsletter
Sign up here to get the latest news, updates and special offers delivered directly to your inbox.
You can unsubscribe at any time
0 0 votes
Article Rating
Coronaviruscovidcovid19Market Researchresearch
Share FacebookTwitterGoogle+ReddItWhatsAppPinterestEmailLinkedinTelegramViber