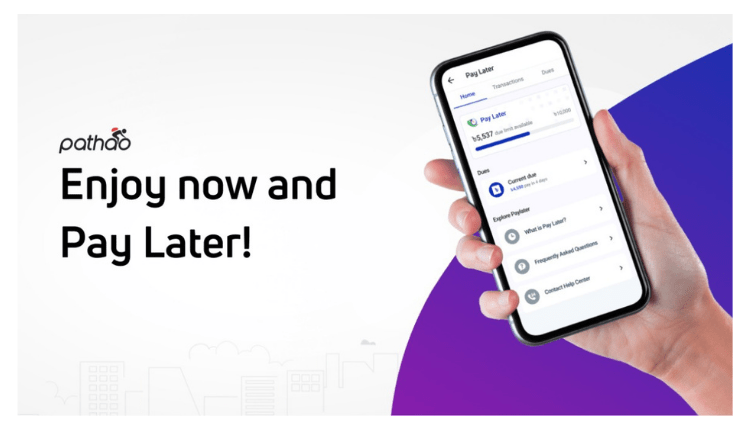 Pathao, the country’s largest digital services platform, today rolled out a ‘Pay Later’ feature for its users, providing a first-of-its-kind payment option for consumers in Bangladesh. The flexible payment solution comes as part of the company’s continuous efforts to offer convenience and choices to its users, who form the largest and most engaged base of young and aspiring digital consumers in Bangladesh.

Many of them are at times on a limited budget because they are waiting for their salary to arrive. ‘Pay Later’ solves this problem by allowing users to spend responsibly and with confidence.

For now, Pathao Food users can choose ‘Pay Later’ as their payment method to complete their order with a single tap.  The initial spending limit is BDT 2,000, which will be replenished upon repayment.

Pathao will not charge the user for the ‘Pay Later’ feature. The full amount is due within 30 days of the end of a 15-day spending period after which there will be a late charge of up to BDT 200. Pathao would send regular reminders as repayments become due. Repayment must be made using any digital payment method, and users can pay in parts within the 30-day window.

The feature is currently available to Pathao Food’s most loyal users, determined with the platform’s advanced data and analytics engine. It will be expanded to those who qualify and to other services in stages from the first quarter of 2022.

“The time is now for consumers in Bangladesh to get the ease-of-use one expects in developed countries.  The launch of the ‘Pay Later’ feature is the first of many steps in that direction,” said Fahim Ahmed, CEO, and MD of Pathao.

There is an entire generation in Bangladesh that is a young, upwardly mobile, and digital native. They qualify for and need access to credit and yet face an unreasonably high barrier. Recent data shows that Bangladesh is one of the countries with the lowest credit card penetration in South and Southeast Asia, with about 1 percent of the population owning a credit card. In addition, the credit gap and lack of knowledge about digital payments are a challenge in the country and have resulted in the majority of transactions being carried out in cash. Pathao, by leveraging its advanced technological capabilities and partnering with financial institutions, can truly unlock new opportunities in the realm of digital credit.

“With this, we believe we can catalyze an important growth stage of the Bangladesh economy,” Ahmed added.

Learn more about this feature at: https://pathao.com/paylater/