The New York Times used one of the own features of Facebook to roast the social media giant turning 15 this week.
The production’s Opinion area made a parody friendship anniversary video for CEO Mark Zuckerberg, in which it itemized the huge number of scandals that have inundated the organization since its establishing in February 2004.
The staffs of NYT Opinion sector made it pretty hilarious with the highlighted reel video started with a simple tweet that says:
“Happy Birthday, Facebook! 15 years today-and what a roller coaster it has been. We created a friendship anniversary video for Mark Zuckerberg to mark the day.” 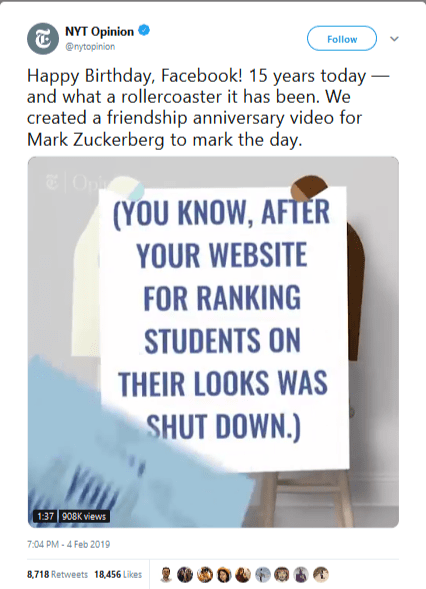 Some of the scandal that NYT highlighted:

Since the posting date, the video has been viewed almost 900,000 times.