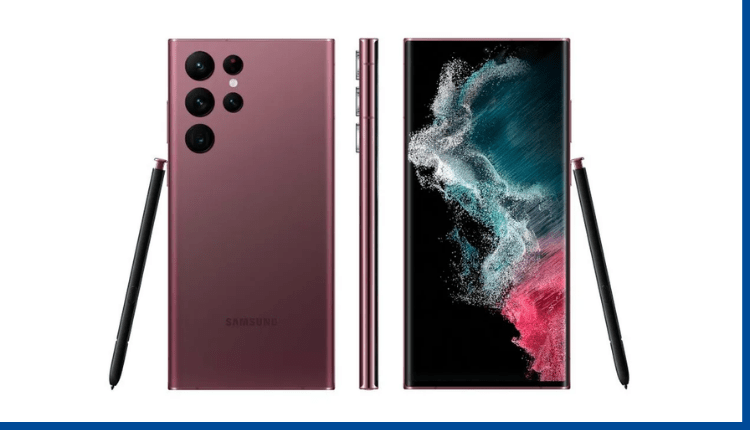 Known for the latest technology and newest innovation, Samsung has kept its streak unbroken by unveiling the power-packed devices of the flagship series for the year, the much-awaited Samsung Galaxy S22 Ultra and S22+. Packed with style and power, it is quite safe to call these devices “picturesque powerhouses.”

The magnificent S22+ dons an immersive 6.6-inch FHD+ Dynamic AMOLED 2x display, while the S22 Ultra owns a massive 6.8-ich QHD+ Dynamic AMOLED 2x display. Smooth scrolling and swiping are ensured within both the devices, thanks to the 120Hz refresh rate. The devices are equipped with the Qualcomm SM8450 Snapdragon 8 Gen 1 4nm processor – quite a rare find in the country – making the S22 Ultra and S22+ as powerful as they can ever be. Vouching for the devices with a hands-on experience, the power they possess shall surely not disappoint! 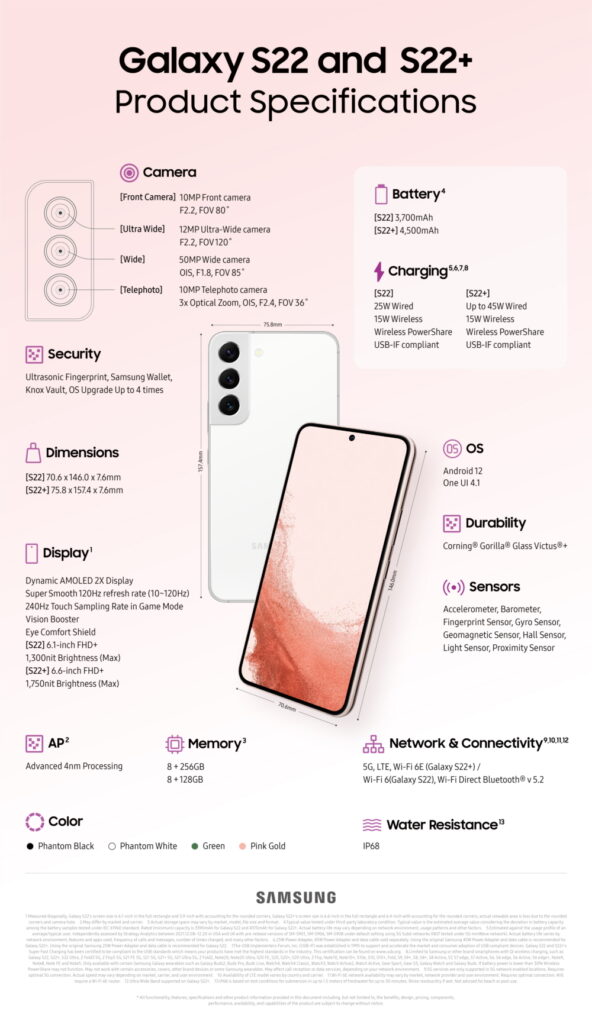 The S22 Ultra comes with a quad-camera setup consisting of a 108 MP (f/1.8) OIS Wide Main Lens, a 10MP (f/4.9) OIS Periscope Telephoto lens with 10x Optical Zoom, a 10 MP(f/2.4) OIS Telephoto Lens with 3x Optical Zoom and a 12 MP (f/2.2) Ultra-Wide lens with the ability to shoot Super Steady videos. The 40MP (f/2.2) front camera takes selfies to die for! It also boasts a special Nightography feature, allowing you to capture incredible photos even in extreme low-light situations. Thanks to this feature, the camera is definitely no less than a DSLR.

With the Samsung Galaxy S22 Ultra, Samsung seems to have put a considerable effort into facilitating convenience in productivity by adding a built-in S pen, making it a big plus for previous Note users. The S22+ and the S22 Ultra come with a storage capacity of 8GB RAM/128GB RAM and 12GB RAM/256GB ROM, respectively, with a 4500mAh battery in the S22+ and 5000mAh battery on the S22 Ultra. Both the devices come with a 45W fast charging, an IP68 water resistance, and an Ultrasonic Fingerprint Sensor.

Exemplifying power, convenience, productivity, and style, the powerhouses of the S22 series shall enable its users to open up to the unbound possibilities & break the rules of normalcy. A seamless experience, exciting and utilitarian features, a top-notch camera, and a powerful processor – have all come together, creating the S22 Ultra and S22+. With such a first impression, these devices are on their way to successfully catching up to the high hopes they have instilled!