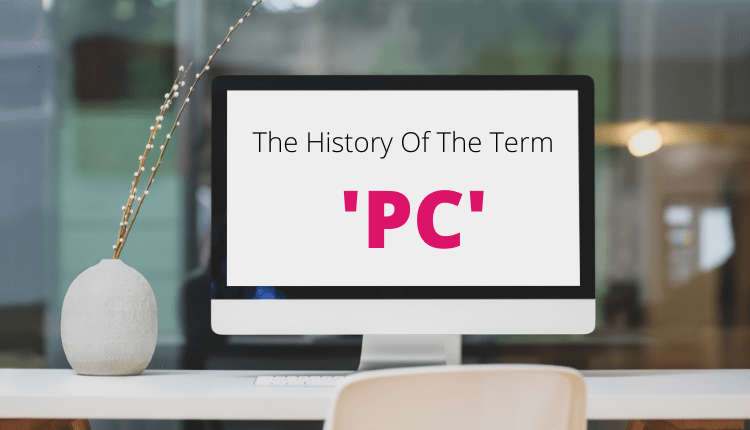 Divided by Brands, United by the term ‘PC’- A Short Story of Personal Computers2 min read

You know a company has made it big when their brand or product name is interchangeable and generally coined as a term for the whole category. Computers all around the world are just called PC with absolutely no thought in mind that it’s just a label IBM gave to their computers in 1981.

We all know IBM made it big, so big that even the elite of the bunch, Apple’s Mac (iMac, MacBook) is also coined as the term PC or Personal Computer even by Steve Jobs himself in some of his conferences. That naturally sparks a curiosity that, if PC is a term used specifically for and by an IBM product why is this regarded as an interchangeable term for computers themselves?

The answer is simple, it just is. Basically, after IBM launched their ‘IBM Personal Computer’ range in 1981, people just gave it the sweet nickname of PC, short for Personal Computer. Even though this was specifically a term to denote windows computers made for individual use, over time all desktop machines started being called PC, even Mac.

Read more: Fast-Charging: A Silent Killer for Your Battery

Meanwhile, other companies also started making these desktop computers and the term stuck with that as well, luckily, or unluckily for IBM.

Before we got extremely lucky to exist at the same time as cool, compact-sized desktops and laptops, computers used to be the size of massive projector screens with almost whale-sized physical appearance compared to goldfish-sized memory of like 5 MB or even less. Those large computers were just used for calculations and other measly tasks while being exclusively used by universities or research centers.

So, the sheer idea of a personal computer that feels like it’s made for humans and not colossal titans, was a massive relief, to be honest, a huge wave of shock surpassed people which essentially created the buzz. And from that buzz, IBM had the first-mover advantage with windows personal computers, and the dear nickname ‘PC’ stuck with people even today.

Read more: WHY DO MANY SMARTPHONE MANUFACTURERS ADVERTISE A FAST CHARGING WINDOW?

And it also increased when Mac shifted from their own PowerPC CPU to Intel x86 CPU due to the overbearing pressure and increasing competition they faced every time delays in design or manufacturing of the previous CPU, this was in 2006.

So, unless you are obsessively wary of being politically correct about everything, every desktop is called a PC. For more updates, be with Markedium.