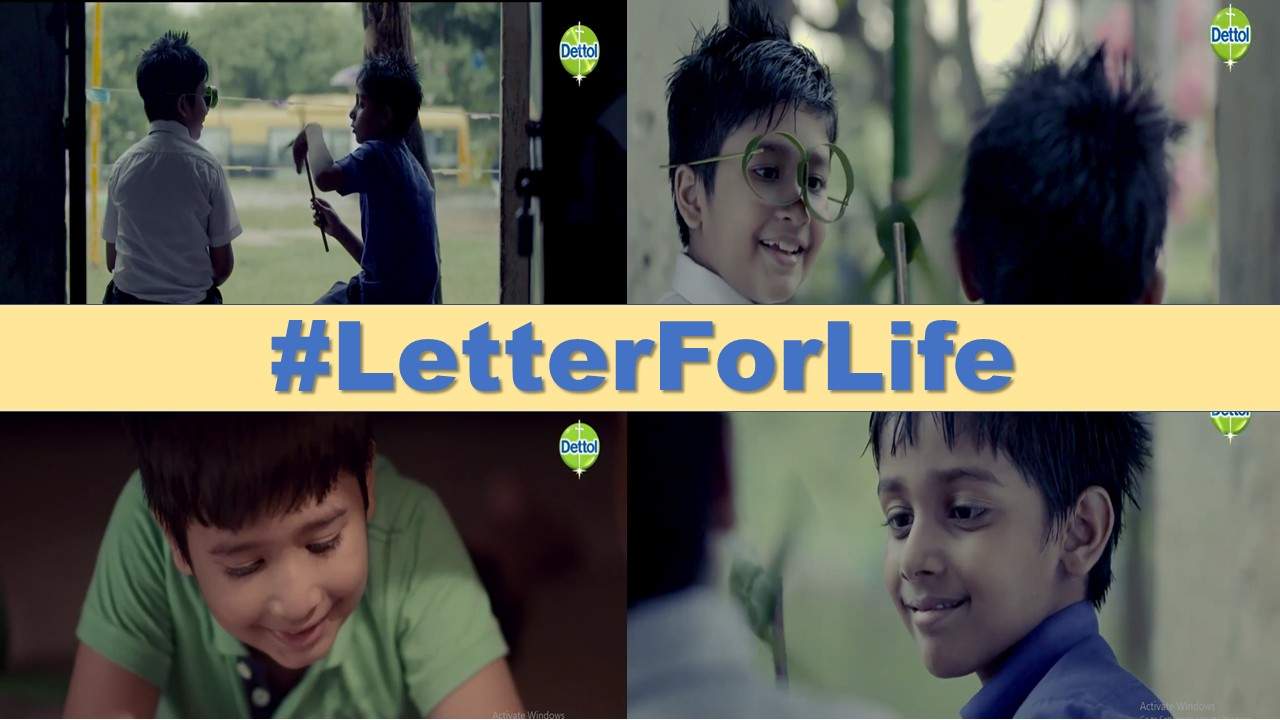 Whenever health is considered as an issue, Dettol is one of the brands that always knocks the door first. Thankfully, it hasn’t disappointed us this time as well.

Dettol’s new mission is to create awareness in remote areas. Reckitt Benckiser Bangladesh, one of the leading consumer household and pharmaceutical products has come up with a creative campaign on Global Hand Washing Day on the 15th of October. It’s called “Letters of Life”, an attempt to save a precious life through the act of sending a small letter.

A massive number of households do not have public health services in rural areas. Sometimes it also results in life threats due to negligence. The TVC clearly shows the knowledge gap about hygiene between two kids living in rural and urban areas respectively. Therefore to seize the opportunity, Dettol seeks to generate consciousness throughout the remotest areas of Bangladesh to bring a change.

As a part of the campaign, Dettol seeks the participation from the urban kids to spread awareness among the kids in rural area as a form of a letter.

Now here is the twist,  the letter won’t be any normal letter! It will be a “Letter soap.”

The notion behind this commercial is to bring soaps in the hands of children and prevent the series of diseases such as diarrhea and infant mortality rate. This initiative is aimed at teaching children about the importance of washing their hands and to inculcate proper hand washing habits to stay germ free. Each letter will motivate the students and remind them of cleanliness and hygiene which is imperative for a child’s health and development.

It’s an opportunity for the parents as well to give a lesson to their children. Kids will get the lesson of helping someone in need by acting for it, not just through the words of their parents. In the mean time, the urban kids will also get the proper idea about hygiene and safety while writing about it. Such a brilliant idea, isn’t it?

So, what are you waiting for?

Visit here to learn the steps to make a decorative soap letter and mail it to the authority. Your one step might have an impact, who knows?