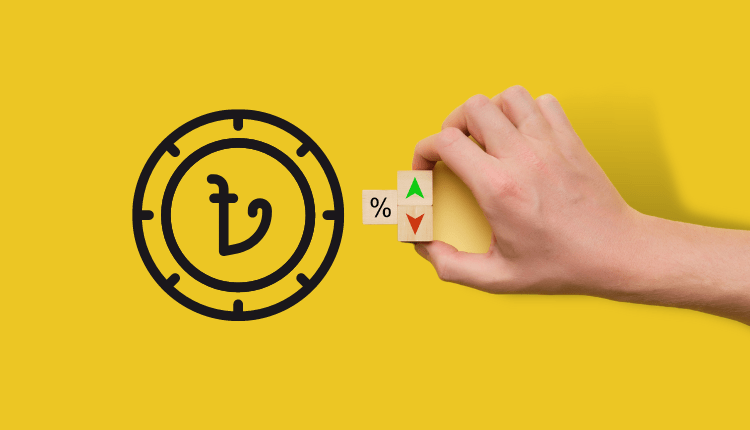 Bangladesh Might Fight Back From The Current Forex Crisis, But Taking Steps For Future Is A Must11 min read

Just like every concerned citizen of the country, you might also be wondering about the current FOREX crisis that Bangladesh is facing and why wouldn’t you be?

Bangladesh’s forex reserve fell to below $40 billion recently for the first time in two years. Amid the COVID-19 pandemic, forex reserves exceeded the $48 billion mark in August 2021, the highest ever in Bangladesh’s history.

Read more: ShareTrip celebrates 3 years of excellence along with a 5 Crore Investment from Startup Bangladesh Limited

Two of the major reasoning that we can address here are the economic slowdown from the COVID-19 pandemic and the global impact of the Ukraine-Russia war to be blamed for its current crisis resulting in asking for a $4.5 billion loan from IMF.

Now, the last line has quite normally created a lot of buzz among the general audience and many more are talking about Bangladesh becoming the next Sri Lanka or Pakistan.

Bangladesh has been among the fastest-growing economies in the world. Bangladesh’s per capita income has genuinely gone ahead of India and Pakistan. The GDP stands for Bangladesh is currently approximately at around USD 416 Billion.

So if you take India’s at. 3 trillion. So it’s about one. Uh, a little less than one-seventh of India’s economy. But if you look at Pakistan, Pakistan is now less than 300 billion, so it’s much bigger than Pakistan’s economy with a much smaller population.

So Bangladesh has a robust economy. What are they seeking money for?

First of all, Bangladesh is seeking a resilience and sustainability facility. Countries, which are now very vulnerable to climate change, may not have the resources to mitigate it. So under that head, Bangladesh can get up to say one to $1.5 billion because Bangladesh, as we all know that climate change is one of the biggest threats to Bangladesh due to all those constant floodings, etc.

So that is about $1 to $1.5 billion. If it comes, will probably come interest-free to Bangladesh. So that is clearly resilience and sustainability facility linked to climate change with that.

And why is that?

Well, one of the major characteristics of a smart-run company is seeing the threat in advance. In this case, we believe, Bangladesh has seen a threat of its FOREX decline a bit early. Bangladesh’s foreign exchange reserves this year have fallen compared to last year at the same time. Last year at the same time, Bangladesh’s foreign exchange reserves for about $45.5 billion, and today it has come down to $39.6 billion.

Now,  if you consider the amount as a percentage of GDP, this is not too bad. This is worse than last year, but it’s not too bad yet. However, the leadership has identified the upsurge in global fuel prices and the ongoing inflation hit in European countries as obvious impacts of the Russia-Ukraine war.

In Bangladesh’s export case, the main export is ready-made garments. So, companies like say Walmart, and H&M are the largest selling shops or brands or stores or chain stores in the Western world which are apparently the main buyers for Bangladesh RMG is now suffering in terms of sales because their consumers feel the impact of inflation.

So that’s why these exports have come down. Hence, a huge impact on FOREX earnings was quite inevitable.

Another aspect is IMPORT. Since the taka is devaluing on a daily basis, the import cost has been skyrocketing for companies. Adding on, since the inflation hit is strong in global buyers, the demand curve has been slightly downcurved which has affected the sales revenue or in other words, the FOREX of Bangladesh.

This import issue has also created controversy over how many months of import cover we have remaining. Now, the controversy is happening due to how we calculate the equation.

If you look closely, due to the devaluation of the Taka against the USD, it’s making the expense higher than the earnings (the cause also having an impact on Remittance earning as well).

So, getting back to the question, is Bangladesh about to become a country like Pakistan or Sri Lanka?

The answer is not really. Here’s why:

And, the seeking loan from IMF is mainly to control and sustain the economy till the global demand shapes up.

However, all the assessment above has made us think about some sectors that we need to shed light on which cost us a hefty amount of foreign currencies each year.

Well, there is no denying that import dependency is probably the major reason behind the pressure on FOREX. According to a report by The Financial Express,

Bangladesh’s overall imports jumped by 52.5 percent in the first seven months of this fiscal year (FY) due to higher imports of fuel oil and capital machinery, officials said. LC, generally known as actual import, in terms of value, rose by US$15.66 billion to $45.48 billion during the July-January period of FY 2021-22 from $29.82 billion in the same period of the previous FY, according to the central bank’s latest statistics.

So, the data suggest that 3 of 5 major imports are directly related to RMG, and since RMG is the main FOREX earner for Bangladesh, it’s highly unlikely to control these RMG-related imports. Hence, the next solution should be making the business environment more friendly for other industries in which the local companies are reducing the import pressure by fulfilling the local demand and also catering to export revenue. Eg. the Electronics industry (Walton), Pharmaceuticals (Square, Beximco, etc).

Healthcare is another industry that should be taken into account as soon as possible. For any developing country with a large population, the medical ecosystem can be proven to be a major deal breaker or maker for a country.

For a country like Bangladesh, the public healthcare system is overcrowded, with a shortage of funding, medical experience, and technology, and there are few great private institutions that cater to local requirements. As a result, medical tourism has become a common phenomenon among the Bangladeshi people where with the purpose of medical attention, we are preferring to go abroad.

In other words, we are now generating export revenue for other countries like India, Thailand, Singapore, etc. through medical tourism and creating FOREX expenses for Bangladesh. How much? The number is in billions.  Here are some stats for you:

Now, why this is happening? A report from the Financial Express has pointed out some on-point reasonings:

There are some other major reasonings that we would like to shed a light on:

The number of patients per doctor is extremely high. Adding on, people usually want to be taken care of by a senior physician than a young one even if the concerned disease is a very general one. This phenomenon creates major pressure on some particular doctors, resulting in high costs and a lack of served time per patient per doctor (which is apparently a major concern expressed by patients). Bangladesh are producing doctors every year. And since, Bangladesh is also blessed with some fascinating tourist spots (which apparently need attention as well), the government needs to push more on creating policies for a quality environment and partnerships with corporations to encourage them for more investments in national healthcare developments.  As let’s face it, the country needs it both for the betterment of its population and also to create an extra avenue of saving FOREX.

Another sector that caught our focus is the Education sector. Although we can’t deny that the government has done an extraordinary job in ensuring the base level education (As per the latest government statistics, the net primary school enrolment rate stands at 97.74 percent, with the Grade 5 completion pass rate at 97.59 percent) and women education, now it’s time to have its focus creating Bangladesh a hub of Higher Education.

This step is not only required for the enlightenment of the generation but also to save FOREX.

Bangladesh with the achievement of being one of the fastest growing economies of the world and with the growing FDIs in the country, requires a constant flow of quality HRs with global standard education and capabilities.

So, the next step of our education revolution should be focusing on creating global standard higher education like India and its IITs & IIMs.

Another aspect of such impact can save another arena of FOREX for Bangladesh. Since Bangladesh has seen an upsurge in growth, it requires quality leadership to sustain the economy along the way. Hence, the higher education sector is yet to complement the need for quality HRs and Management, companies are often required to hire expatriates to run the operation.

So, by creating an ecosystem with global standard higher education and training facilities, Bangladesh could save up billions per year.

Let us know your thoughts and for more updates, be with Markedium.

5 years of Going Limitless: 5 Benefits GoZayaan Has Brought To The Travelers

Caring About The SDG Goals Is A Must To Win The Future Customers, Here’s Why