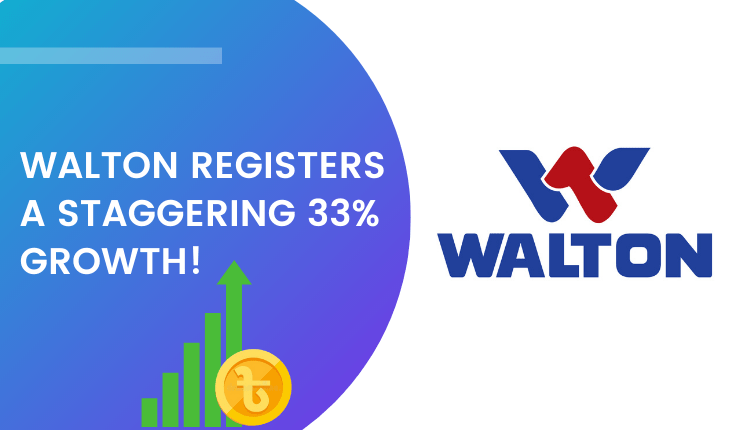 Walton Hitech Industries Limited, a leading Bangladeshi brand selling household electronic appliances has recorded a 16% growth in revenue and 33% growth in profits for the period of July to March.  It is reported that the company earned Tk4,292 crore in revenue for the nine months where they registered revenue of Tk1,600 crore in the third quarter (January-March) of their fiscal year.

Walton’s revenue grew credit to the increasing sales of household cooling products as well as televisions which contributed the highest-selling figures among other segments. It is reported that the company’s export earnings for the 9 months grew as much as $8 million, where sales of television made the largest contribution.

Agro entrepreneurs to be incentivized with 10 year tax exemptions