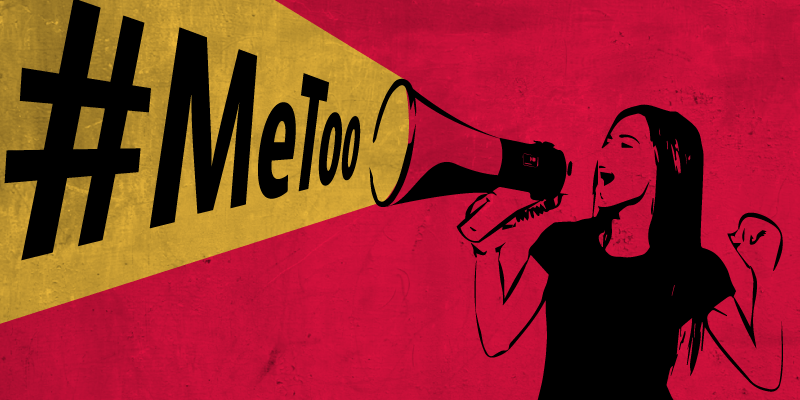 From a young age, girls are taught to be quiet and subdued. Regardless of the physical, biological and emotional pressures they go through their whole life, women have adapted to oppress their feelings. Unfortunately, even in this modern day and age, women, and even men, go through sexual assault. Most people hide behind a curtain of shame for years, afraid of what their friends and family might think of. They remain silent for as long as they intend to, scared that no one would believe them. There are records of sexual harassment taking place at office environments, inside homes, on the streets or even at educational institutions. Sexual assault is extremely difficult to measure. There is no single source of thata that provides a complete picture of this crime, except for words from the victim. This makes it harder for women to speak out; thinking that they might lose their jobs, looked down upon or blamed by the society.

To prove how big of a problem this really is, on October 10th of 2017, actress Alyssa Milano had started the hash tag “MeToo” and tweeted out for women to be brave and share their stories of sexual assault in the hopes that it will create awareness and bring women together with their experiences. 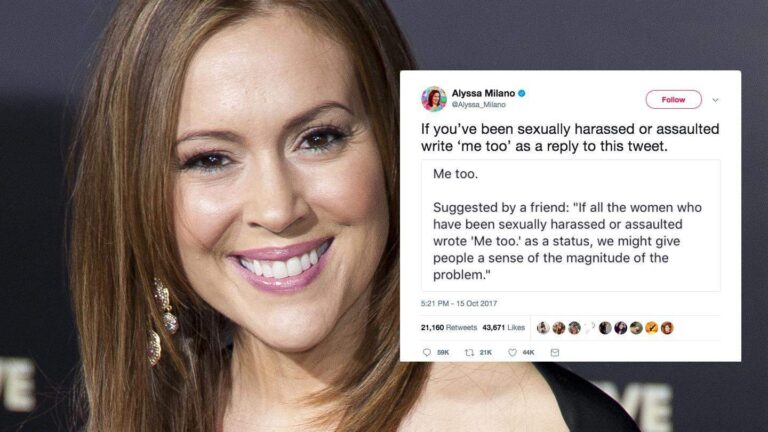 It may be a simple hashtag, but it had created and is still creating a huge impact on the market for social justice and women’s value for respect.  The campaign has proven to be a success as women from all around the world feel empowered by each other. The origin of this hashtag was actually a phrase created by Tarana Burke, who is a social activist and community organizer. She had posted the phrase first on MySpace. According to an article from the Washington Post, she had responded to a little girl’s story of sexual assault with “me too”, thus starting the phrase.

These horrific and unfortunate stories include rape, atted rape, aggravated sexual assault (assault with a weapon), indecent assault, penetration by objects, forced sexual activity that did not end in penetration and atts to force a person into sexual activity. The stories keep unraveling and more and more victims are speaking up. Some may not fully thisclose the name of his/her assaulter because of personal reasons of fear and others may barely come out with their story because of how hard it might be to express or explain their terrible experience. It is important to talk about it, without shame or any sort of guilt.

Just to show you that how hard it is for a woman, here is a clip that may enlighten the deep inside of ours.

Women and even some men are speaking out and sharing on almost all social media platforms about their MeToo story. Benjamin Law who is an Australian author and journalist started a movement connected to this MeToo movement indicating all the men supporting the act and encouraging them to stand for any further similar situation regardless of whether it is done by them or somebody else. It’s called #HowIWillChangeMyself  and the response rate was staggering. 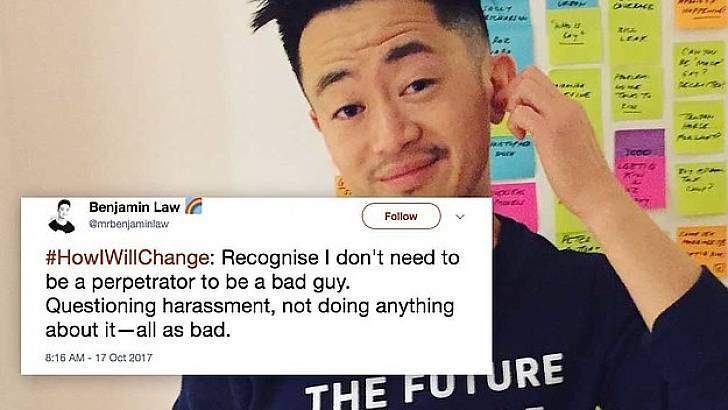 Some people only post the hashtag, without mentioning their story. However the process may be, this movement has achieved the power in awareness through millions of women and men around the world. It should be realized that it is not a matter of just men and women. Rather, it is a human related issue where every person needs to be respected, loved and treated with kindness.