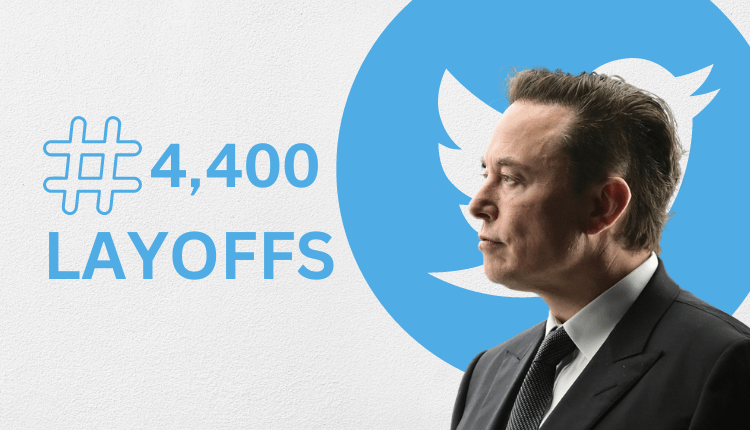 After releasing over half of Twitter’s personnel, or approximately 3,800 people, Elon Musk allegedly looks to lay off at least 4,400 contractual workers at the firm. According to Platformer and Axios, the microblogging platform is now firing off contractual staff.

Following Twitter’s previous layoffs, several contractors found themselves on teams with no full-time employees, with no one to sign off on their timesheets, according to Engadget.

Contractors aren’t being notified at all, they’re just losing access to Slack and email. Managers figured it out when their workers just disappeared from the system. They heard nothing from their leaders.

Silicon Valley corporations have laid off 20,000 staff in the past week, accelerating the job cutbacks and recruiting freezes that have been sweeping the tech industry for months. Twitter, Facebook’s parent corporation Meta, payment platform Stripe, software service provider Salesforce, ride-hailing startup Lyft, and a growing list of smaller firms have all laid off significant numbers of employees.

That means tens of thousands of engineers, salesmen, and support workers are out of work in one of the country’s most essential and highest-paying businesses. Meanwhile, other corporations, such as Google and Amazon, have also implemented recruiting curbs and slowdowns.

Executives at the firms making the cuts linked the layoffs to several interrelated causes, including excessive recruiting during the pandemic, a decrease in e-commerce activity, and individuals spending less time online when in-person activities resumed.

For months, IT CEOs have been warning about an approaching recession, urging their staff to expect harder working conditions and a significant halting of the fast growth they had preached for years. Low-interest rates over the last decade have allowed venture capitalists to effortlessly obtain money and pour it into startups. Even though, their founders didn’t have sound strategies for earning money.

The layoffs come barely a year after Silicon Valley peaked, with company values in the trillions, wages at all-time highs, and cryptocurrencies pouring fresh riches into the pockets of investors and workers alike. Tens of thousands of employees are currently hunting for jobs. Lyft, Twitter, Facebook, Salesforce, Amazon, and Google did not respond to requests for comment. Stripe’s spokesman directed to a blog post written by the company’s CEO on the layoffs.

Meanwhile, Musk stated that the firm will need to discover new revenue streams in order to “survive the approaching economic collapse.” His remarks come a day after Zuckerberg stated that the “macroeconomic crisis” was one of the reasons he needed to terminate 11,000 people, or 13% of Meta’s personnel, in the company’s 18-year history.

Under the circumstances, Stripe is laying off 14% of its employees, Zillow is laying off 5%, and Lyft is laying off 13%. According to Layoffs, the week’s layoffs increase the total number of displaced IT employees in 2022 to slightly over 120,000.

Previously, IT employees could expect hundreds of job offers for their skills. Now, they must fight for employment with thousands of other people. During the pandemic, tech businesses expanded even faster as consumers spent more time online, purchased more computers and video game consoles, and switched much of their buying from brick-and-mortar stores to e-commerce. Tech businesses took advantage of the transition, investing billions of dollars in recruiting new employees and creating new data centers to capitalize on what was viewed as a once-in-a-lifetime opportunity.

However, after pandemic limitations were lifted and most individuals returned to their pre-pandemic behaviors, the wager that that behavior would be permanently impacted fell through.

Money Transfers Among MFS Platforms are now Permitted, Thanks to Binimoy App