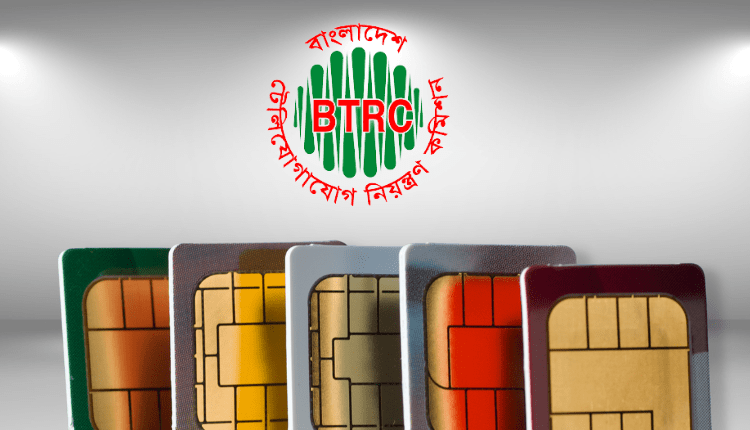 The Bangladesh Telecommunication Regulatory Commission (BTRC) will reportedly disable the addition of more than 15 SIMs registered under a single national identity (NID.)

BTRC has reportedly identified a total of such 3.13 million SIM cards under 7.24 million NIDs, which will be deactivated by November 30, 2022.

As per the BTRC decision, a subscriber is allowed to register a maximum of 15 SIMs against his/her NID card. The decision has been taken in a recent commission meeting. To deactivate more than 3 million SIMs, the BTRC will reportedly take a number of following steps-

In June 2016, the BTRC decided to allow each consumer to use a maximum of 20 SIM cards which was reportedly restructured to 15 SIMs per consumer in October 2017.

Read more: Bazar365 Launches Its Operation Where You Can Earn Free Groceries In Exchange For Used Plastic Products

However, personnel who have corporate permission to buy SIMs will be out of the purview of this deactivation process.

Here’s how you can find out the number of SIM cards you have against your passport, NID, driving license, or birth certificate-

Apple Reportedly Threatened To Remove Twitter From The App Store