Almost 7 Lakh users switched mobile operator to use a similar number. According to a Bangladesh Telecommunication Regulatory Commission (BTRC) report, The exact number is 6,90,550. People changed their existing 11 digits number using mobile number portability (MNP) service. This service has shown its efficiency within the first year of its launch. On the other hand, BTRC also reported that  2,56,733 users failed to switch their operators on different grounds.

Meanwhile, After hitting the MNP service in early October last year, Robi gained about 84 percent its success rate. The second-largest mobile operator got 4.96 lakh new users who used their competitors’ service. On the other hand,  1.69 lakh people switched mobile operators from Robi to other networks.

Banglalink is also on the success list. They are in the third position with 68,528 new users while 2.89 lakh users left them.

The lone MNP service provider Teletalk is last on the list. They are dissatisfied with 4,427  new customers ad they lost 8,101 users from October last year to September this year.  According to their CEO, Mohammad Zulfikar, SIM replacement tax might be an issue. Therefore, people did not change the mobile operator to Teletalk. 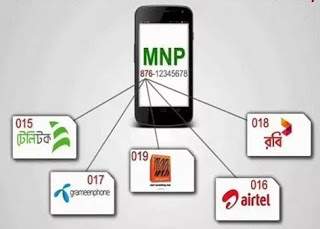 When the National Board of Revenue withdrew the SIM tax of Tk 115 and the MNP service took off.  Now it has been introduced in the current budget again resulting in a decline in the switching of MNP services.

As a result, users are paying 57 taka service charge to get the MNP service and Tk 200 SIM replacement taxat present.

Apple Reportedly Threatened To Remove Twitter From The App…